Warsinski’s imagery is powerful and violent, and we may feel that we are entering a mental landscape beyond time and space. Although some are abstract, the human figure is a recurring motif in his images - but in a distorted and faded form that often changes into something bestial or monstrous. He started working this way in the 70’s. Later, we asked if he was influenced by Francis Bacon, but Warsinski claimed that he did not know this artist.

"His pictures usually have a center of action, a figure who is busying himself with mysterious tasks. Lurking like an animal in a cage, distorted in a desperate struggle against an intrusive space, tied up in a complicated system, immersed in the perception of an incomprehensible game, dancing in an unknown ceremony, awaiting, threatening. The images are both beautiful and macabre, at the same time human-like and demonic. The border between pathos and comedy is never clear. There are also images where baroque perennials bloom wildly, often in luminous colors, rich in drool-like details.

Then we crash into deep darkness, together with half-dissolved figures and masks in weathered materials. These images could be relatives of certain pagan cults, but when did we see gods distorted in such morbid grimaces?"

This is what Hans-Jakob Brun wrote in the catalog that was printed for Gallery Haaken’s solo exhibition with Warsinski in October 1975.

From the moment he moved to Norway, in 1964, and until his death in Oslo in 1996, Ryszard Warsinski was a stranger among his contemporaries. An anarchist and a rebel in the world of art, refusing to accept the aesthetic conventions of his time. Today, his images may seem more relevant, both nationally and internationally.

Press release (in Norwegian) from Galleri Asur's solo exhibition in 1998 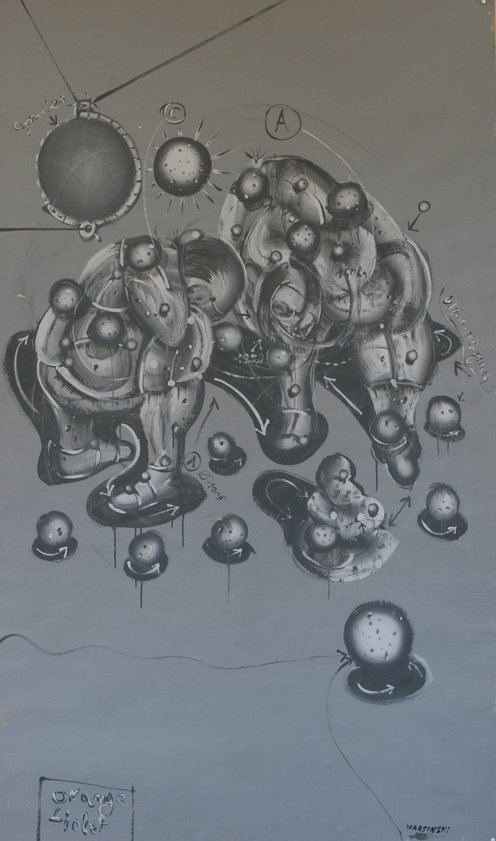 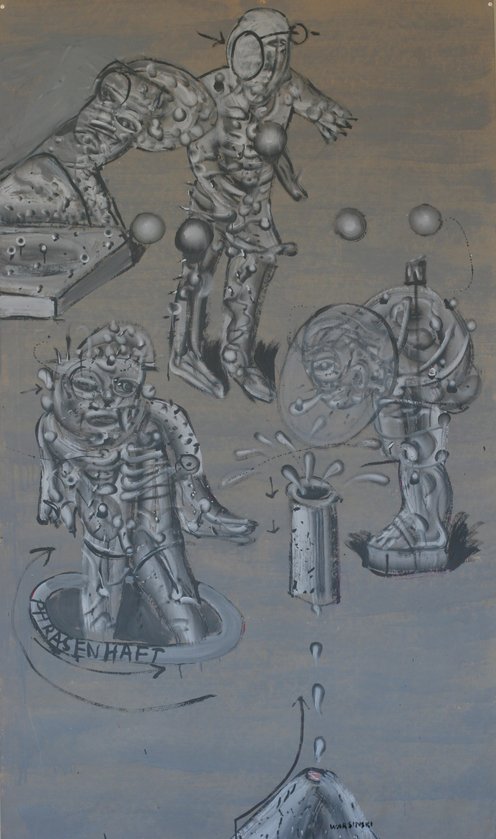