Ryszard (Richard) Warsinski was born in 1937 in Gdynia (Poland) and died in Oslo in 1996. Among painters and black-and-white artists living and working in post-war Norway he was one of the most original, having great influence on younger, contemporary colleagues, such as Kjell Erik Killi Olsen, Bjørn Carlsen and Knut Rose.

Galleri Asur exhibited Warsinski's art in 1998 and 2000. Today, the gallery is in regular contact with his collectors and can offer some of his best pieces, both paintings and graphic art, for sale. 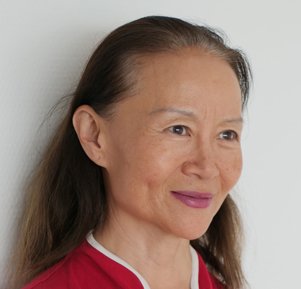 Mai Cheng (Cheng Zheng), who was born in Beijing, China in 1955, is educated both in China and in Norway. In Beijing she was among the first students admitted to Central Academy of Fine arts and Design when this institution was reopened after the Cultural Revolution. This means that she belongs to the famous “class of 77” among Chinese artists. Later she continued her education at the State Academy of Arts in Oslo, Norway, where she became a citizen in 1989.

In April 1992 Mai Cheng had one of the first solo exhibitions of abstract art in the National Art Museum of China (NAMOC) in Beijing. Today, she works in a style she calls Feng-shui Art, combining calligraphy and elements from Chinese history with signs and symbols from Greek, Egyptian and Norse mythology.

Apart from Norway, she has exhibited in France (Paris), Germany (Hamburg), Belgium (Brussels), USA (New York) and Iceland (Reykjavík). Her calligraphy is decorating the outside walls of Bibliotheca Alexandrina in Egypt. Since 2001 Mai Cheng has had her studio in Menton, France.